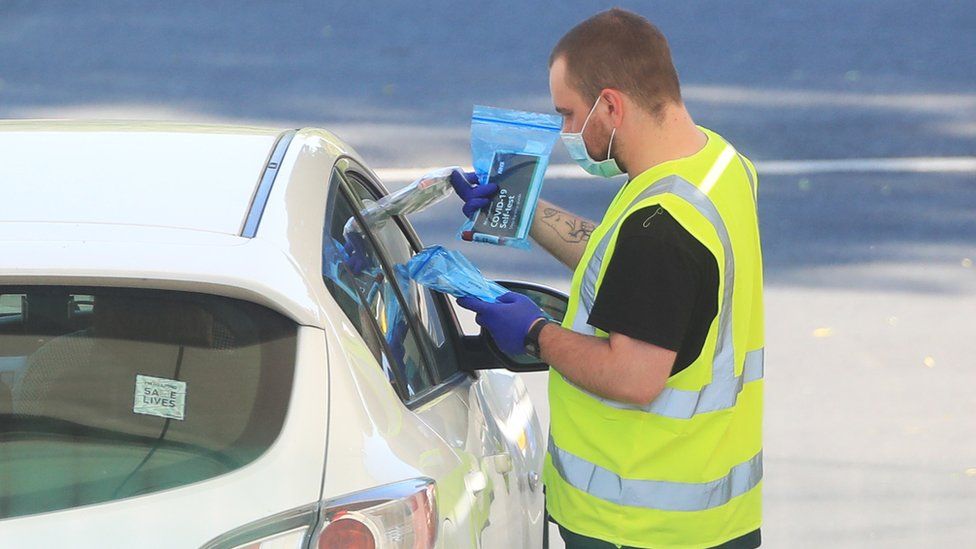 Public Health England is to be replaced by a new agency that will specifically deal with protecting the country from pandemics, according to a report.

Ministers have reportedly been unhappy with the way PHE has responded to the coronavirus crisis.

The government was contacted by the BBC but declined to comment on the report.

A Department of Health and Social Care spokesperson said: “Public Health England have played an integral role in our national response to this unprecedented global pandemic.

“We have always been clear that we must learn the right lessons from this crisis to ensure that we are in the strongest possible position, both as we continue to deal with Covid-19 and to respond to any future public health threat.”

The Telegraph reports that Mr Hancock will merge the NHS Test and Trace scheme with the pandemic response work of PHE.

A leaked memo seen by the BBC, written by the head of Public Health England Duncan Selbie to staff said the aim of the new national institute for health protection was to boost expertise with “much needed new investment”.

The paper said the new body could be called the National Institute for Health Protection and would become “effective” in September, but the change would not be fully completed until the spring.

The Robert Koch Institute, which the new body will reportedly be based on, is an independent agency that has taken control of Germany’s response to the pandemic.

Earlier this month, the government brought in a new way of counting daily coronavirus deaths in England following concerns that the method used by PHE overstated them.

Prime Minister Boris Johnson has also said the country’s response to Covid-19 could have been done “differently” and the government needed to learn lessons.