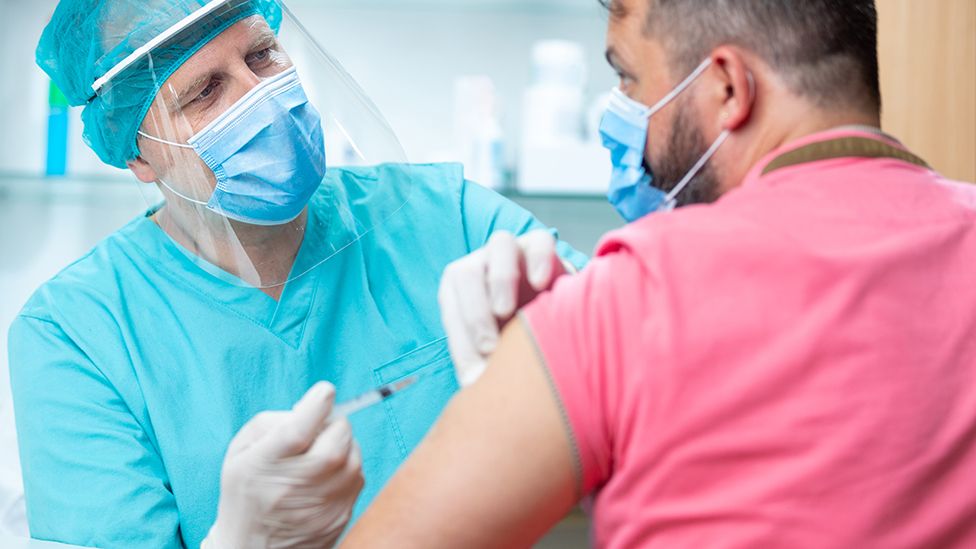 The first results of the UK vaccination programme suggests it is having a “spectacular” impact on preventing serious illness.

Research led by Public Health Scotland found at four weeks after the first dose, hospital admissions were reduced by 85% and 94% for the Pfizer and AstraZeneca jabs respectively.

It is the first sign of the real world impact of vaccination in the UK.

Figures for England are expected to be released later.

Among the over 80s, there was an overall 81% reduction in the numbers admitted to hospital.

The researchers did not look at the impact on transmission – whether people who were vaccinated passed it on – or whether immunity waned over time.

The preliminary data from the EAVE II project covers 1.14 million vaccinations given in Scotland between 8 December and 15 February.

The study looked at the numbers being admitted to hospital with Covid among this population and compared it to those admitted who were not vaccinated.

In total, there were just over 8,000 people who ended up in hospital, but only 58 were among the vaccinated group after the four-week mark.